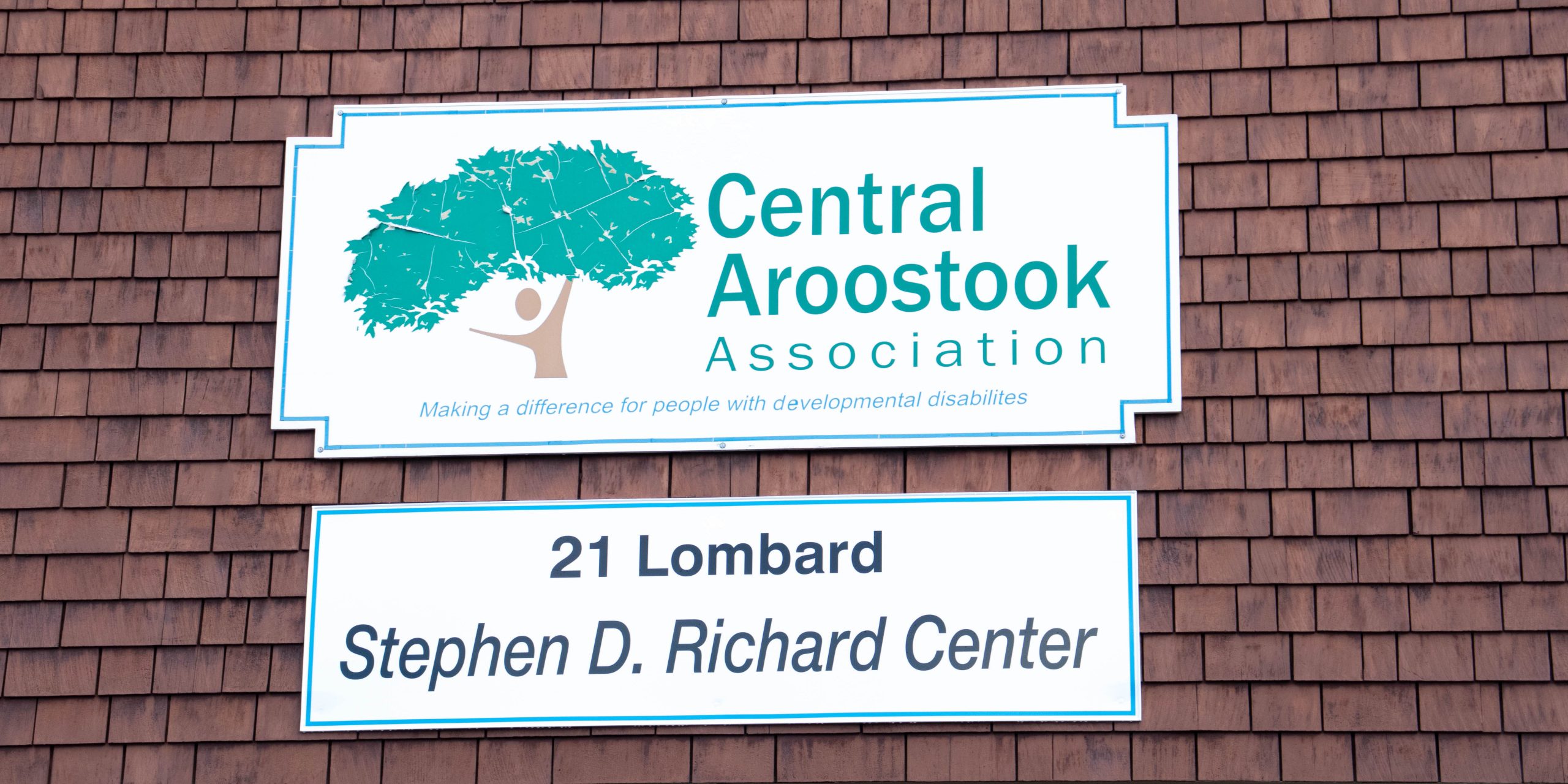 At their October 15th meeting, Central Aroostook Association Board of Directors announced that the Association’s building located at 21 Lombard Street would now be known as the Stephen D. Richard Center. The dedication was made to honor the 45 years that Executive Director, Steve Richard, has been employed at the Association.

Steve Richard had dreams of becoming a teacher and a high school football coach. During his final year in college at the University of Maine at Presque Isle, Steve accompanied his new wife to a job interview at the Aroostook Residential Center. The Residential Center, run by the State of Maine, was located next to the Association’s Opportunity Training Center. As they were leaving, the center’s director inquired about Steve’s interest in becoming a house parent. What he didn’t know at the time was that accepting this job was going to change the course of his life. Upon graduation from the University Steve became Lead Teacher at the Opportunity Training Center and shortly after was offered the opportunity to lead the Association as Executive Director. When asked about his time at the Association he said, “I am privileged to work for a great Board of Directors and work with a wonderful Leadership Team. I am fortunate that people like Mr. Foren, Judy Robertson, and Mavis Towle gave a young man that was 23 years old the opportunity to become the executive director of this great Association.”

Steve has led the Association through significant development and growth. Board President, Paul Reid said, “During his tenure at Central Aroostook Association, Steve has been relentless in his pursuit of continuous improvement, while staying true to the fundamental values and tenants of the organization. On this 45th employment anniversary, we’re both proud and humbled at his unwavering commitment to the expansion of the educational, employment and community programs that support the individuals that we serve. This building is of particular significance since it was where he held his first post after joining the organization. It is our great honor to affix the name of Stephen D. Richard to this building that serves as the hub of many of our programs.”

“I was very humbled when the Board announced that they were going to name a building after me. It is fitting that the building that the Board chose was where I was first hired as a Houseparent back in 1973,” Richard said. The dedicated building was constructed in the 1970’s as a residential facility owned by the State of Maine. Members of the Association played a large role in facilitating the construction of the facility which housed individuals from around Aroostook County during the week so that they would have better access to training opportunities provided by the Association. The home away from home was a safe and friendly environment staffed with cooks, house parents, and a nurse. In 2004 the residential center was closed by the State and Central Aroostook Association bought the building. It now houses the Adult Services program, business and administration offices, and Case Management.